EKG-30R is created specifically for the mining industry. 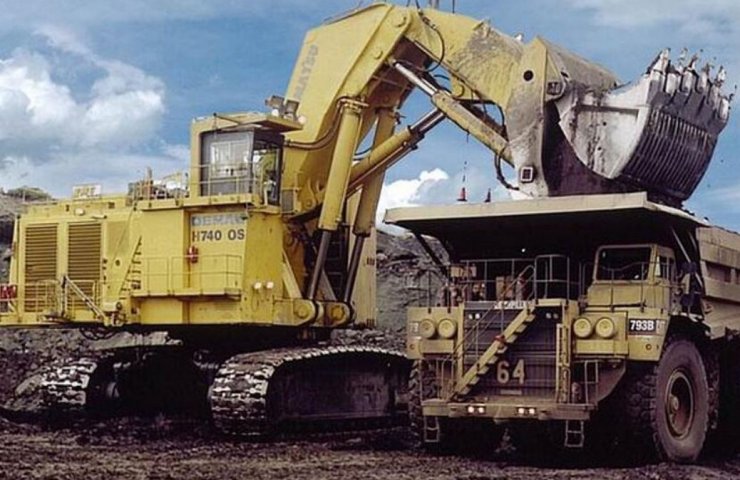 The Metalloinvest company and the UZTM-KARTEX group (uniting Uralmashzavod and IZ-KARTEX named after P.G. Korobkov) are starting to jointly develop a new type of excavator - EKG-30R, intended for ore excavation.

The parties will jointly develop terms of reference for the creation of an excavator, which in the future will undergo pilot operation at the production sites of Metalloinvest - in the quarry of Lebedinsky GOK or Mikhailovsky GOK named after A.V. Varicheva.

“We have launched a project that should become a breakthrough for the Russian mechanical engineering and mining industry,” said Nazim Efendiev. - Today, the largest excavators operating at our mining and processing plants, with a bucket volume of 25 cubic meters. m - foreign production. An increase in the volume of loaded rock mass will make mining production more efficient, and we are confident that domestic machine builders will provide us with advanced technology. ”

EKG-30R is created specifically for the mining industry. Taking into account the fact that the operation of an excavator in a quarry is characterized by increased dynamic loads, fundamentally new, unique design solutions will be applied in the design of the machine, aimed at increasing the reliability of the excavator, ensuring its stable operation. All main units of EKG-30R will be tested at the modeling stage - using digital twin technology.

“The model under development has no Russian counterparts today,” said Jan Center. “The professionalism and experience of Metalloinvest's specialists, as well as close partnership between our companies, play a huge role in the successful implementation of the project.”

It is assumed that tests of the EKG-30R head sample will begin in the 1st quarter of 2022.

Recommended:
Tata Steel sues its rival Liberty Steel to pay debts
Dneprotyazhmash manufactures technological equipment for DMK
British Steel stops accepting orders due to "extreme" demand for rolled metal
On this topic
A unique Ukrainian crushing complex has started operating in the iron ore quarry of the Kursk
JSC «Dneprotyazhmash» Has Made Its First Matte Ladle
South Korean DSME to build six LNG carriers for Arctic LNG 2
Elon Musk called on mining companies to increase production of Nickel
BelAZ launches mining electrochemical
ArcelorMittal Kryvyi Rih acquired two new Komatsu for UAH 181 million
Add a comment
Сomments (0)
News Analytics
Plant "Electrotyazhmash" began to purchase materials for bills18-05-2021, 14:55
ArcelorMittal Temirtau will pay 10,000 tenge to all employees vaccinated18-05-2021, 13:35
Steel raw material prices are skyrocketing across the board18-05-2021, 12:34
Interpipe has mastered a new type of railway wheels for Deutsche Bahn passenger18-05-2021, 12:11
Ukraine at the beginning of 2021 increased foreign exchange earnings from the18-05-2021, 11:03
Steel raw material prices are skyrocketing across the board18-05-2021, 12:34
The current state of the market is ideal for the sale of rolled steel - IREPAS04-05-2021, 18:41
Global hydrogen demand to grow 7-fold by 2070 - PwC21-04-2021, 12:31
World Steel Association predicts a good year for metallurgists15-04-2021, 18:19
World Steel Association defines green steel and its variations12-04-2021, 13:14
Sign in with: