Belarus imposed retaliatory sanctions against the European Union and Canada

Belarus from today is mirroring its response to the sanctions list for each of the EU countries and for Canada. 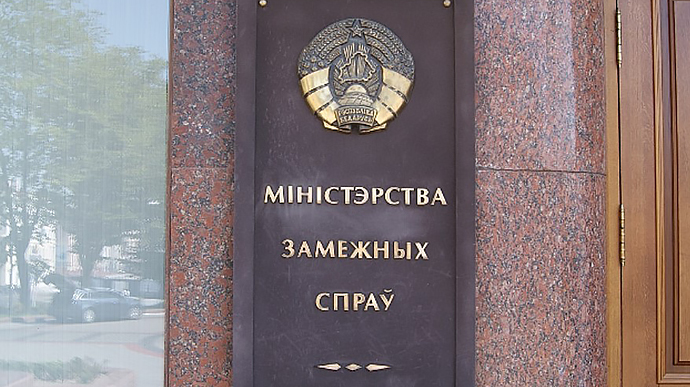 The Ministry of Foreign Affairs of Belarus announced the expansion of sanctions against the countries of the European Union and Canada from November 17.

“Due to diplomatic correctness, the list will not be published yet. It is of an equivalent nature, and also operates within the framework of integration associations, which include Belarus. We recommend that high-ranking European officials take this information into account when planning trips, "says message Belarusian Foreign Ministry.

The foreign ministry of the republic said that the EU has no right to put pressure on an independent state even in a "fit of a burning desire to engage in radical missionary work."

Earlier, the official representative of the Russian Foreign Ministry Maria Zakharova confirmed that the sanctions imposed by the Belarusian authorities automatically come into force in Russia.

Recommended:
Daimler and Geely view China as hub for hybrid powertrain manufacturing
Deutsche Bahn with Siemens help to switch to hydrogen trains from 2024
S&P Global assigned Viktor Pinchuk's Interpipe a 'B' rating with a stable outlook
On this topic
Russia imposed retaliatory sanctions against German leadership in Navalny case - Lavrov
Reuters: US will punish all those involved in the construction of "Nord stream – 2"
The Swiss-Dutch company Allseas stopped the construction of the "Nord stream-2"
Reuters: EU to extend sanctions against Russia imposed over the annexation of Crimea
China imposed sanctions against American non-governmental human rights organizations
Ukraine is interested in import of electricity from Belarus Alexey Orzhel
Add a comment
Сomments (0)
News Analytics
SE "VostGOK" promises to pay off wage arrears by the end of next week27-11-2020, 22:39
Ukraine is losing leadership in the EU rapeseed import market due to the27-11-2020, 18:50
Italian steel plant - largest in Western Europe - launches blast furnace27-11-2020, 17:00
Tesla will recall more than 10,000 cars with defective roof and steering wheel27-11-2020, 16:13
How much will steel prices in the United States "jump" upwards and what are the27-11-2020, 16:23
European Union scrap collectors worried about possible export restrictions18-11-2020, 10:41
Occupational diseases of workers in the extractive industry: types and ways to16-11-2020, 17:49
Eurofer expects recovery in EU steel demand05-11-2020, 09:47
Hot rolled carbon steel demand will continue to grow by 4% pa until 203004-11-2020, 16:14
Platts Steel Trade Review: China Will Decide Asia's Fate30-10-2020, 10:04
Sign in with: