German environmentalists have protested the issuance of permission to continue construction of the Nord Stream 2 in German territorial waters. Permission has been suspended. 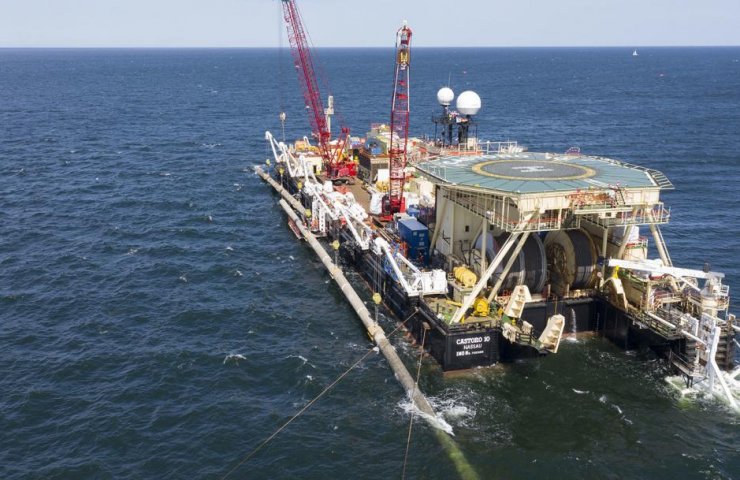 German environmental organizations Deutsche Umwelthilfe (DUH) and the German Union for Conservation of Nature and Biodiversity (NABU) have protested the issuance of a permit for the construction of the Nord Stream 2 gas pipeline. On Monday, January 18, the Hamburg-based Federal Agency for Maritime Shipping and Hydrography confirmed to dpa and Reuters that it had received an environmental appeal. In this regard, the permit to work in German territorial waters is temporarily suspended, indicated below.

On January 15, the department issued a permit for the further construction of the Nord Stream 2 in German waters. The previous permit would not have allowed work to begin until the end of May. In response, environmentalists announced their intention to challenge the decision of the authorities.

Pipe-laying work was suspended in December 2019 due to US sanctions against European contractors. The Russian pipe-laying vessel "Academician Chersky " arrived from Nakhodka to the German port of Mukran back in May 2020, but the Danish authorities banned any construction work in the area of ​​Bornholm Island, explaining this by spawning of cod. In December 2020, work resumed, shortly before the New Year, pipes were laid on a 2.6 km section in the special economic zone of Germany.

The construction of "Nord Stream 2 " has caused heated discussions in a number of countries. In particular, the United States points to the threat of EU dependence on Russian gas. After the high-profile poisoning of Russian opposition leader Alexei Navalny, discussions began in Germany and Europe about the possible imposition of sanctions affecting the gas pipeline under construction.

The US Congress has included penalties in the FY2021 defense budget for facilitating the sale, lease, or provision of pipe-lay vessels for the construction of the pipeline, and for providing insurance coverage for vessels involved in construction.

Recommended:
Rinat Akhmetov's energy holding began construction of the first stage of the Tiligul wind farm
PJSC "Energomashspetsstal" worked in 2020 without injuries
The government of Ukraine approved the National Economic Strategy until 2030
On this topic
Germany gave permission for the completion of Nord Stream 2 in January - May 2021
Gazprom to continue building Nord Stream 2 in Danish territorial waters from 15 January
Akademik Chersky arrives at the Nord Stream 2 pipe-laying site
Nord Stream 2 will complete construction of the Russian ship Akademik Chersky - German regulator
All vessels involved in the construction of Nord Stream-2 returned to the port of Kaliningrad
The energy Minister said on completion, "Nord stream 2" for a few months
Add a comment
Сomments (0)
News Analytics
US and EU suspend the collection of duties that were imposed against each other05-03-2021, 22:48
Turboatom and Electrotyazhmash discussed prospects for cooperation under05-03-2021, 19:04
DMZ Yaroslavsky in February almost doubled the production of rolled products05-03-2021, 18:19
Sanjeev Gupta Metallurgical Alliance Stops Paying Greensill Loans05-03-2021, 18:18
China to build high standard free trade zone network to reach worldwide - Xinhua05-03-2021, 16:43
Spread between raw materials and high strength alloy steel in Europe increased01-03-2021, 20:21
Increase in prices is forecasted in the markets of steel raw materials -26-02-2021, 09:25
Troy ounce of gold will drop $ 500 in two years - Fitch25-02-2021, 18:29
Global iron ore production growth to outstrip cumulative production in India23-02-2021, 10:22
Fitch Ratings Warns of “Shocking Impact” on Fossil Fuel Exporters18-02-2021, 14:44
Sign in with: