The second batch of segments of the slab continuous casting machine for the Liberty Galati metallurgical plant was manufactured in Kramatorsk. 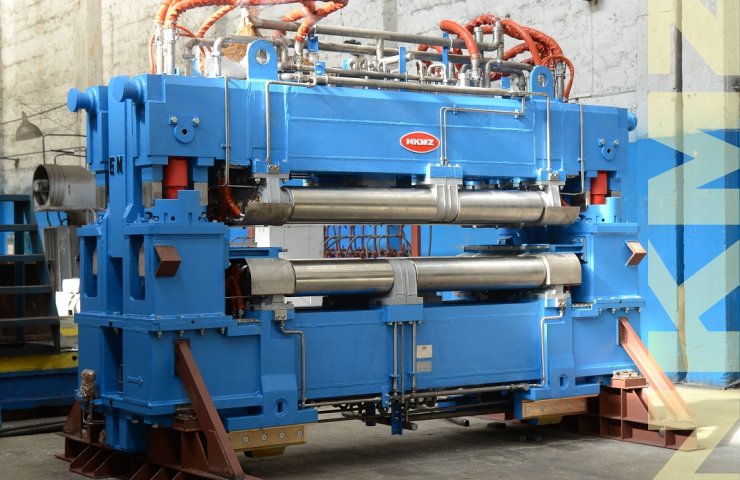 Novokramatorsk Machine-Building Plant (NKMZ) manufactured in June the second batch of five segments of a slab continuous casting machine (CCM) for Liberty Galati (Romania). The first five such segments were manufactured and shipped to Romanian metallurgists in March this year. Having carried out the incoming control of the received equipment, the customer confirmed the high quality of its manufacture.

NKMZ has been delivering such segments entirely to a non-CIS country for the first time in the last two decades. Previously, for the Liberty Galati metallurgical plant, the plant produced only certain elements of this nomenclature. And in 2020, Romanian metallurgists signed a contract with the division of metallurgical and mine-tunneling equipment of NKMZ for the manufacture of ten segments. They made this decision, taking into account more than twenty years of experience of the Ukrainian enterprise in the manufacture of various segments of slab continuous casting machines, both according to their own engineering and according to the customer's drawings. They were completely satisfied with the deadlines for the execution of the order, named by Novokramatorsky.

The segment is one of the most critical units of the slab caster, which is designed to support and move a continuous cast ingot of a wide rectangular profile.

This project was carried out by the Novokramatorsk employees according to the engineering of the customer, who laid down the highest requirements for this equipment, both in terms of the durability of its individual units and the accuracy of its manufacture. At the same time, some nodes of the segment have been improved. Thus, additional axial cooling channels have been added to the roller assemblies, which makes it possible to significantly increase the thermal fatigue strength of the roller surface and, accordingly, the durability. Also, the mechanisms for adjusting the size of the gap between the segment rollers have been changed, which made it possible to increase the range of standard sizes of cast slabs.

Финансовая аналитика, прогнозы цен на сталь, железную руду, уголь и другие сырьевые товары. More news and analytics on Metallurgprom telegram channel - subscribe to get up-to-date market information and price forecasts faster than others.
Сomments
Add a comment
Сomments (0)
On this topic
NKMZ has manufactured segments of a slab machine for the Romanian metallurgical plant
Novokramatorsk Machine-Building Plant built and tested two new straightening-pulling machines
Yuzhmash told whether it is possible to launch reusable rockets from the Black Sea
Uzbek metallurgists were satisfied with the progress of the order at NKMZ
Novokramatorsk Machine-Building Plant built two roadheaders of a new model P110-03
Novokramatorsky Mashinostroitelny Zavod re-entered the market of coke chemical equipment
Recommended:
The US will prioritize budgetary purchases of steel and metal products with a low carbon footprint
Russia may increase taxation of oil, gas, coal and fertilizers
London Metal Exchange for the first time in history banned trading for ethical reasons
News Analytics
The production of passenger cars in Russia decreased by 2.8 times in eight29-09-2022, 11:19
Donetsk and Torez electrotechnical plants will start producing electrical29-09-2022, 11:37
Ukrainian coking plants reduced gross coke production by 55.2%29-09-2022, 11:28
China ramps up investment in transport to bolster economy29-09-2022, 11:33
The heads of mining companies named the main risks for business29-09-2022, 10:03
China production cuts in winter will give limited boost to steel markets -15-09-2022, 10:09
Steel prices may rise as manufacturers stop production11-09-2022, 14:06
IREPAS: The global long products market is in a "dramatic situation"10-09-2022, 20:49
Steel prices are unlikely to rise significantly in the near future - analysts02-09-2022, 22:58
Steel prices may move up on new data from China31-08-2022, 12:19
Sign in with: