The program for the preparation of gas distribution systems in Ukraine for the delivery of hydrogen and other "green" synthetic gases to consumers has become one of the projects that have been selected by the European Hydrogen Alliance. 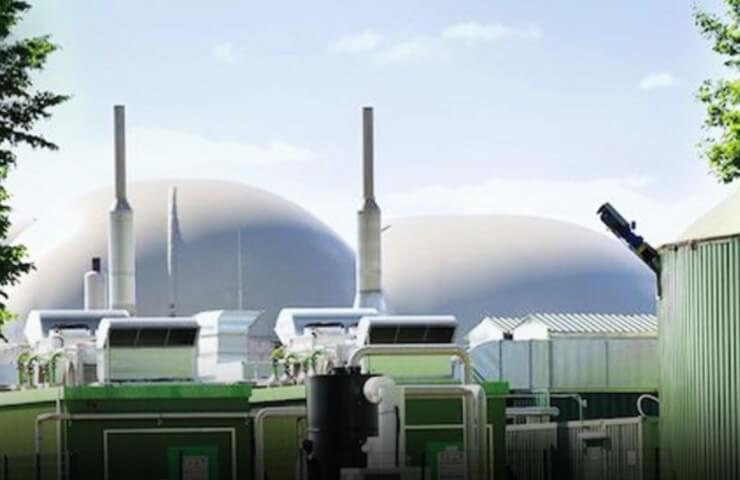 The hydrogen project of the Ukrainian Regional Gas Company (RGK) has become one of 750 projects that were selected by the European Alliance for Pure Hydrogen and included in the portfolio of investment projects.

The European Alliance, created under the auspices of the European Commission, presented a complex of hydrogen projects, which includes the RGK hydrogen project. The aim of this portfolio is to integrate all parts of the hydrogen market and specific projects with investors and funding.

“RGK is represented in this portfolio by a hydrogen project, which is aimed at studying the impact of hydrogen and gas-hydrogen mixtures on gas distribution networks. Now, thanks to this research and development, Ukraine occupies a good position on the European hydrogen map and can realize its powerful potential for the development of the market for hydrogen and other synthetic gases, "said Stanislav Kazda, Development Strategy Director and Head of the RGC's hydrogen project.

The RGK Hydrogen Project is a program for the preparation of gas distribution systems in Ukraine for the delivery of hydrogen and other "green" synthetic gases to consumers. The project has been operating since 2020, when 5 special test sites for hydrogen testing of gas networks and equipment were created. The scientific partners of the project are eight scientific institutions, including the National Academy of Sciences of Ukraine.

“Pure hydrogen is playing a key role in our European industry's greener transition. Our recipe for supporting the large-scale deployment of clean hydrogen technologies by 2030 consists of investments, supporting regulatory frameworks and developing partnerships between industry, governments and civil society, ”said European Union Commissioner for the Internal Market Thierry Breton.

Финансовая аналитика, прогнозы цен на сталь, железную руду, уголь и другие сырьевые товары. More news and analytics on Metallurgprom telegram channel - subscribe to get up-to-date market information and price forecasts faster than others.
Сomments
Add a comment
Сomments (0)
On this topic
The existing networks of Ukraine allow transporting 30% of hydrogen in the gas mixture - RGK
Is it possible to replace Russian gas in the Ukrainian GTS with "green" hydrogen?
Ukrainian gas transmission system tested for hydrogen pumping capacity
Ukrainian-made gas equipment for the export of hydrogen to Europe is being tested in Ivano-Frankivsk
The development of hydrogen technologies is becoming a national security issue for Ukraine
Ukrainian hydrogen for Europe: an image of the future or a soap bubble?
Recommended:
Exports of thermal coal from the United States reached an annual maximum in March
Europeans have sharply reduced the purchase of new cars
Explosion at Tata Steel plant in India at coke battery
News Analytics
The largest producer of titanium raw materials in Ukraine OGCC will sell25-05-2022, 20:48
Glencore accused of bribery in London pleads guilty in the US25-05-2022, 10:44
Swiss oil and gas equipment manufacturer Sulzer leaves Russia24-05-2022, 13:08
BIR: European Commission's decision on scrap metal will be the most tragic24-05-2022, 11:41
Rejection of Russian palladium destroys markets24-05-2022, 11:41
US steel market sentiment becomes more price neutral05-05-2022, 10:15
The global high-strength steel market will grow steadily by 5% annually for the04-05-2022, 08:45
China steel inventories hit 13-month high amid COVID-19 outbreak30-04-2022, 16:38
Slowdown in global auto sector affects steel prices27-04-2022, 12:36
World alumina production reaches a record 138 million tons21-04-2022, 09:54
Sign in with: