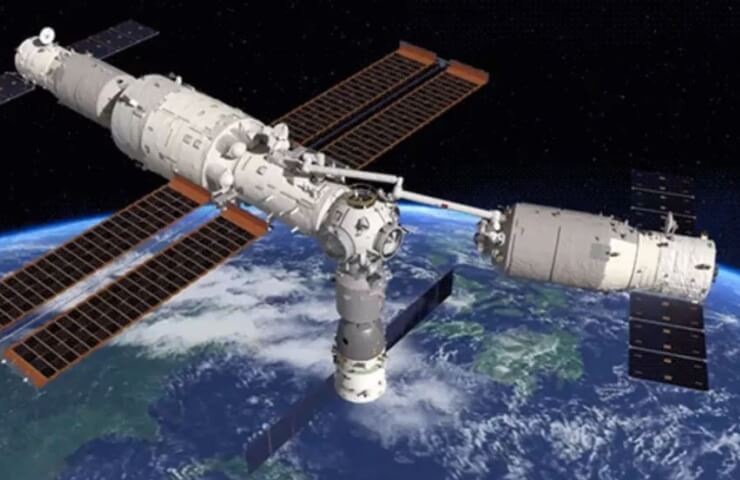 A large robotic arm in China's space station has successfully captured and maneuvered a cargo spacecraft in a crucial test ahead of upcoming module launches.

A 10-meter robotic arm on the Tianhe module of China's new Tiangong space station captured the Tianzhou-2 supply ship and moved it approximately 20 degrees before returning it to the forward port of the Tianhe docking station.

The next modules of the Chinese space station, named Mengtian and Wentian, are slated to launch on select Long March 5B rockets in the coming months and dock with in-orbiting Tianhe (Tianhe). The manipulator would then need to grab modules, each weighing over 44,100 lb (20,000 kg), and maneuver them from the forward port to the radial ports.

Field teams simulated a robotic arm test long before the operation. The robotic arm visited the docking port near the Tianhe docking station two days before testing. From this position, he captured Tianzhou 2, attaching himself to the adapter port on a cargo spacecraft.

The robotic arm has played a role in spacewalks outside of Tianhe, helping to move astronauts in suits to complete their tasks. But this was the first time a hand was used to move a large spacecraft.

The addition of two new modules will complete the Tiangong T-shaped three-module space station. Mengtian and Wentian are dedicated to a number of scientific experiments, but also include a spacewalk.