According to the chairman of the board of Naftogaz, the current long-term contract was concluded on the terms of "pump or pay". At the same time, since the beginning of May, Gazprom has been pumping and paying less than the agreement provides. 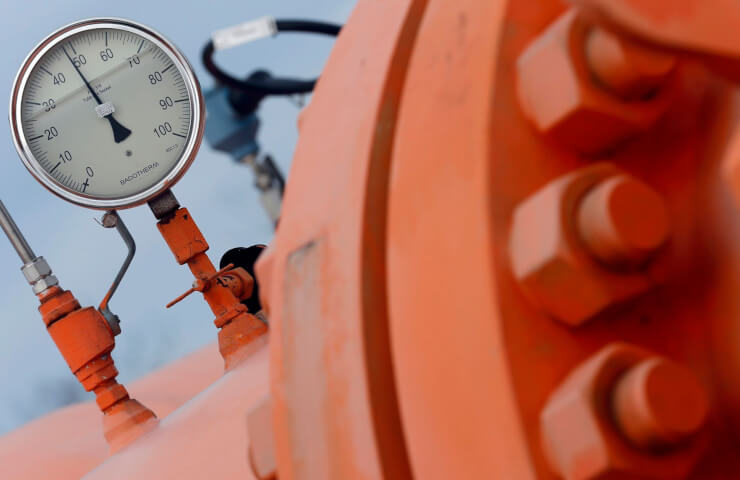 The National Joint Stock Company (NAC) Naftogaz of Ukraine filed a Request for Arbitration with the International Arbitration Court at the International Chamber of Commerce and Industry in Paris (France) regarding the actions of PJSC Gazprom (Russian Federation). The place of arbitration shall be Zurich (Switzerland). This was reported by the press service of Naftogaz.

Naftogaz demands funds from Gazprom for the provided service for organizing the transportation of natural gas through the territory of Ukraine, which were not paid to them on time and in full.

“We will make Gazprom pay. Naftogaz is also evaluating the possibility of making additional demands. We use our experience of victories over Gazprom in arbitration,” said Yury Vitrenko, Chairman of the Board of Naftogaz.

According to Vitrenko, the current long-term contract between Naftogaz and Gazprom was concluded on the terms of "pump or pay". At the same time, since the beginning of May, Gazprom has been pumping and paying less than the agreement provides.

Финансовая аналитика, прогнозы цен на сталь, железную руду, уголь и другие сырьевые товары. More news and analytics on Metallurgprom telegram channel - subscribe to get up-to-date market information and price forecasts faster than others.
Сomments
Add a comment
Сomments (0)
On this topic
A new lawsuit for "Gazprom": what does "Naftogaz" in the Stockholm arbitration?
The transit of Russian gas through Ukraine will continue on terms acceptable to all parties –
Ukrainian buyers of Chinese steel won arbitration in Suzhou and thank the court for impartiality
OHTSU: is expected today to obtain the final versions of the agreements of Gazprom and Naftogaz
Gazprom reacted to the refusal of Naftogaz of Ukraine to buy Russian gas with the words "no
The security threats from the launch of Nord Stream 2 cannot be compensated for - Naftogaz
Recommended:
Volvo starts deliveries of electric trucks made of fossil-free steel
India plans measures to stimulate domestic steel exports
The European Council added the violation of restrictive measures (sanctions) to the list of EU crimes
News Analytics
Metinvest enterprises in Ukraine resumed work after massive shelling of29-11-2022, 11:59
The European Council added the violation of restrictive measures (sanctions) to28-11-2022, 14:22
The abolition of export duty in India may reduce the price of Turkish steel28-11-2022, 14:07
Australia and the UK aim to catch up and overtake China in the battery metal26-11-2022, 22:37
The United States imposed a ban on the import and sale of equipment from26-11-2022, 22:31
Commodity prices will fall, metals quotes will rise slightly - Focus Economics28-11-2022, 13:28
Platinum market to face shortage next year - WPIC22-11-2022, 18:25
Global steel demand falls and will fall by 2.3% in 2022: WorldSteel19-10-2022, 23:12
Iron ore prices fall to 11-month low15-10-2022, 10:36
China production cuts in winter will give limited boost to steel markets -15-09-2022, 10:09
Sign in with: