Germany's oldest technology fair will take place in Berlin from September 3 to 5 amid rising coronavirus cases. 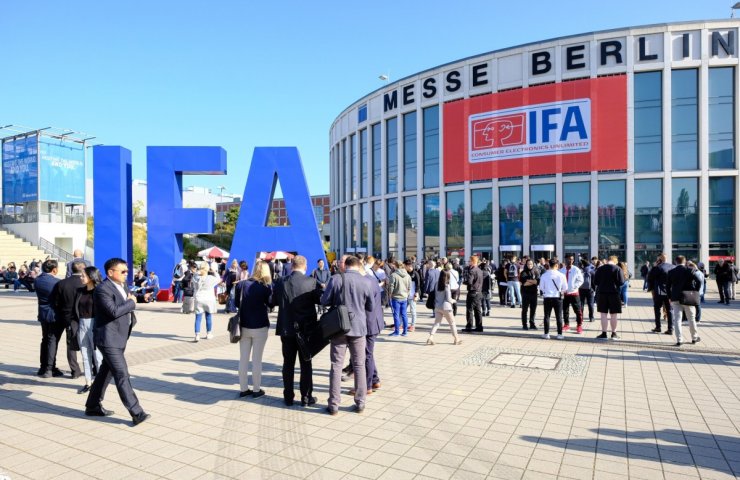 Germany is preparing for the opening of the Berlin Radio Exhibition (IFA): this is one of the world's oldest technology fairs, and this year it is almost the only one that has not been canceled. Despite the fact that there is an increase in the number of infections in the country, the authorities allowed the show to be held as a symbol of a possible return to normal life.

Instead of 27 exhibition halls, only four have been prepared, and instead of the usual couple of hundred thousand guests - much less.

“All visitors must register and we have counted them all. We will carefully monitor how many guests are in the halls at the same time and how they follow strict rules. For example, each hall can have a maximum of 750 people at a time, ”says Jens Heitecker, Exhibition Director.

The Radio Exhibition has been held for almost a hundred years, and its organizers are proud of the fact that they were the first to have such life-changing novelties as television, home radios, compact cassettes and satellite TV receivers.

The very fact that the exhibition will take place is considered a great success in Berlin this year.

The Berlin Radio Exhibition first took place in 1924, when German radio manufacturers gathered to showcase their products a year after the country's first regular broadcasts began.

IFA remains one of the two largest consumer electronics exhibitions in the world. And the second - the Consumer Electronics Show, held in January in Las Vegas - is much younger. It first opened only in 1967.

Recommended:
Metinvest will create new jobs for youth
Moscow allowed the supply of bitumen from the Russian Federation to Ukraine
Ukraine will be transferred to biogas and biofuel
On this topic
Yuzhmash told whether it is possible to launch reusable rockets from the Black Sea
How the reform of the electricity market in Ukraine can lead to a collapse and what to do about it
Stopped nuclear power plants and mines. What's going on in the energy sector of Ukraine?
Europe is trying to get back to "normal life" after COVID-19
WHO Representative in Ukraine sent an open letter to the authorities and citizens of the country
Relentless degradation of the coal industry. Close Ukrainian mines?
Add a comment
Сomments (0)
News Analytics
Steel production in September 202023-10-2020, 17:21
Innovative matrix headlights on the Audi E-Tron19-10-2020, 22:43
Tensions rise between China and Australia over commodity trade14-10-2020, 18:15
The European Union confirms its intention to introduce a border tax on carbon13-10-2020, 13:20
ArcelorMittal Europe to start producing green steel from 202013-10-2020, 12:44
Dolomite powder market to reach USD 33.44 billion by 202705-10-2020, 12:33
Iron ore prices to surpass six-year high soon16-09-2020, 10:32
World Oil Demand Peak May Be Over - BP15-09-2020, 09:05
China expands car market capacity by increasing demand for steel and metals11-09-2020, 10:56
Prices continue to rise in the long and flat steel markets08-09-2020, 14:25
Sign in with: