Viktor Pinchuk announced a 10-fold reduction in greenhouse gas emissions in metallurgical production, to less than 250 kg per ton of steel. 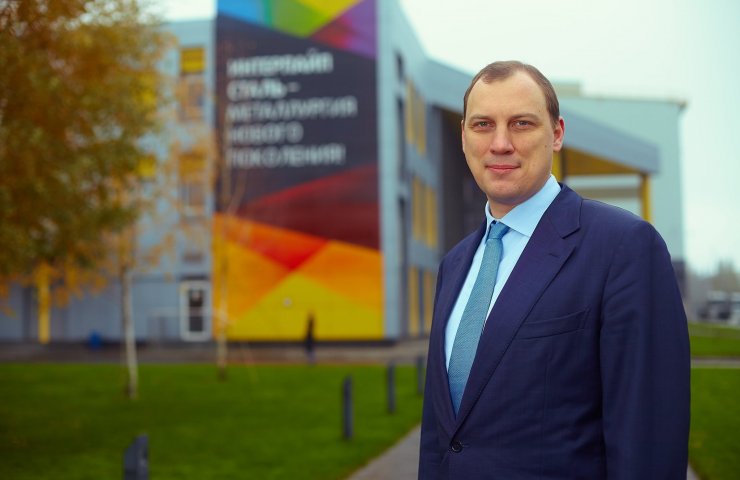 Viktor Pinchuk's Ukrainian industrial group Interpipe reported on Facebook that today it is working with CO emissions 2 lower than the 250 kg per tonne of steel provided for in the European plan. The company claims that the construction of the metallurgical complex Interpipe Steel is the largest environmental investment in Ukraine.

Environmental modernization of industry is one of the key topics of the Ukrainian agenda, however, real environmental investments in Ukraine are of little interest and are not stimulated by the executive branch, says Denis Morozov, Interpipe's Economics and Finance Director.

“For example, in the European Union, enterprises with minimal CO 2 emissions or without any at all are exempted from paying the“ green ”energy tariff. There are such “green” metallurgical enterprises in Ukraine - these are those metallurgical plants that produce steel by the electric arc method and have the lowest CO 2 emissions, ”says Morozov.

CO 2 emissions from an EU metallurgical plant average 700 kg per tonne of finished steel. By 2050, the EU has set a target to reduce emissions to 250 kg of gas per ton of steel. For this, metallurgists must invest in modernization.

“The CO level 2 of our electric steelmaking complex Interpipe Steel is already below this norm. We shut down our polluting open-hearth steel production and invested nearly a billion dollars in innovative technologies. Thus, we have reduced CO 2 emissions by 10 times. This is one of the largest environmental investments in Ukraine ", - summed up in Interpipe.

Recommended:
ArcelorMittal Kryvyi Rih drastically reduced steel production, but set a record for iron ore concentrate shipment
European Steel Association asks to extend protective quotas on steel
A law on energy waste processing may appear in Ukraine
On this topic
International Energy Agency predicts 30% growth in global steel demand
The price of electricity for Ukrainian metallurgists turned out to be twice as high as for French
INTERPIPE announced the further destabilization of the energy market of Ukraine
INTERPIPE Steel urges the Cabinet and the national Commission not to increase the tariff for
How the reform of the electricity market in Ukraine can lead to a collapse and what to do about it
INTERPIPE in 2019. increased sales of railway wheels by 8% and reduced the implementation of pipes
Add a comment
Сomments (0)
News Analytics
US Provides $ 20 Billion in Government Support to Airlines to Pay Salaries02-12-2020, 19:25
Metinvest closes its first securitization deal02-12-2020, 19:05
Sanjiv Gupta one of these days will find out all the financial secrets of the02-12-2020, 19:18
EU asks Biden to abolish duties on steel and aluminum02-12-2020, 15:16
Mariupol plant named after Ilyich produced the first 20 thousand tons of02-12-2020, 15:54
European Union scrap collectors worried about possible export restrictions18-11-2020, 10:41
Occupational diseases of workers in the extractive industry: types and ways to16-11-2020, 17:49
Eurofer expects recovery in EU steel demand05-11-2020, 09:47
Hot rolled carbon steel demand will continue to grow by 4% pa until 203004-11-2020, 16:14
Platts Steel Trade Review: China Will Decide Asia's Fate30-10-2020, 10:04
Sign in with: