17 enterprises will be withdrawn from Ukroboronprom 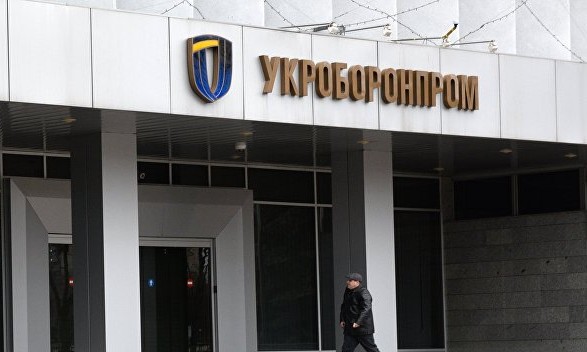 The Cabinet of Ministers of Ukraine adopted a resolution on the withdrawal of 17 enterprises from the State Concern "Ukroboronprom", 16 of which will be transferred to the State Property Fund of Ukraine for the purpose of their further privatization; one more will go under the control of the Ministry of Defense of Ukraine.

In addition, the corporate rights of the state of two joint-stock companies managed by Ukroboronprom were transferred to the State Property Fund.

The corresponding decision was made by the Cabinet of Ministers of Ukraine at a meeting on December 9 on the proposal of the Ministry of Economic Development, Trade and Agriculture of Ukraine.

11 enterprises that were included in the alienation list did not carry out financial and economic activities, another 5 were unprofitable and had unsatisfactory economic indicators.

This government decree was preceded by a decision previously adopted by the Supervisory Board of the concern to withdraw the above-mentioned enterprises from Ukroboronprom. According to the decision, the following were transferred to the State Property Fund of Ukraine:

The state property fund is also transferred the corporate rights of the state in relation to two companies: JSC "Plant " Kvant "and JSC " Kherson plant "Sudmash ".

The state enterprise "Ukrainian Aviation Transport Company ", which is also part of Ukroboronprom, is planned to be transferred to the sphere of management of the Ministry of Defense of Ukraine.

Recommended:
China Integrated Circuits Market Exceeds $ 140 Billion in 2020
Australian metallurgists have decided to postpone the transition to hydrogen technology for 20 years
China purchases $ 1.22 billion worth of metals and minerals from Iran
On this topic
"Ukroboronprom" introduces to "Antonov" Supervisory Board
"Ukroboronprom" announced the curtailment of the reform of the country's military-industrial complex
Ukroboronprom signed a framework agreement for fuel supplies without tenders
At Turboatom presented the achievements of the economy of Ukraine in the last 100 days
Concorde Capital told about the preparations for the privatization of the largest coal companies of
Turboatom will not sell in turbo mode - Milovanov
Add a comment
Сomments (0)
News Analytics
Canada's economy plunges record 5.4% in 202002-03-2021, 21:42
UN Secretary General has called coal mines a past, from which it is time to02-03-2021, 20:44
Metallurgical enterprises of Ukraine increased earnings from the export of02-03-2021, 19:50
Trade union committee "Azovstal" received an answer to the question about the02-03-2021, 18:39
Greenhouse gas emissions returned and exceeded levels prior to the pandemic -02-03-2021, 14:16
Spread between raw materials and high strength alloy steel in Europe increased01-03-2021, 20:21
Increase in prices is forecasted in the markets of steel raw materials -26-02-2021, 09:25
Troy ounce of gold will drop $ 500 in two years - Fitch25-02-2021, 18:29
Global iron ore production growth to outstrip cumulative production in India23-02-2021, 10:22
Fitch Ratings Warns of “Shocking Impact” on Fossil Fuel Exporters18-02-2021, 14:44
Sign in with: