In November 2020, the dynamics of sales for all Interpipe products remained rather incomprehensible in the absence of clarity on the pace of recovery in key markets and economies. 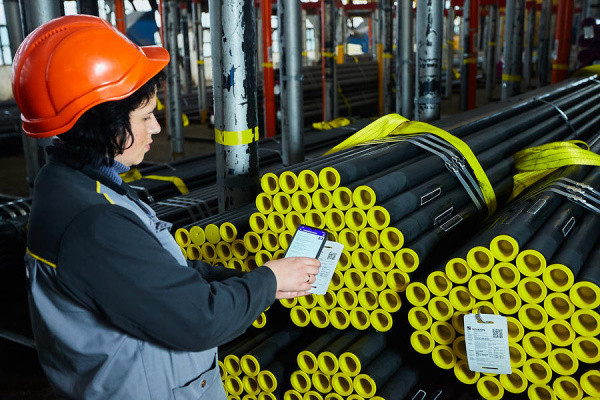 In November, the total sales of pipe products in Interpipe decreased by 6.8%, having rolled back approximately to the level of the previous year. In annual terms, the rate of decline in sales for 11 months of 2020 compared to 10 months of 2020 remained unchanged - minus 21.7% and minus 22.0%, respectively, in annual comparison. In total, in January-November 2020, Interpipe sold 425.8 thousand tons of pipe metal products.

Viktor Pinchuk's company managed to offset losses from the rise in hot rolled steel prices, which rose, according to its estimates, by $ 118 per tonne, by increasing pipe sales to European customers, who faced an abnormal shortage and an equally unusual price increase.

Interpipe is a Ukrainian industrial company, manufacturer of seamless pipes and railway wheels. The company's products are supplied to more than 80 countries of the world through a network of sales offices located in key markets of the CIS, the Middle East, North America and Europe. In 2019, Interpipe sold 823 thousand tons of finished products, including 202 thousand tons of railway products. Railway products are sold under the KLW brand.

Recommended:
Russia doubles contractual gas supplies via pipelines to China
The Ministry of Economy introduces an experiment on free training for the unemployed for the IT sector
In Mariupol, traffic near Azovstal was blocked due to the message about the mining of the plant
On this topic
Metallurgical production of the Donetsk region of Ukraine in October increased by 8.1%
Steel production in September 2020
Global steel production in June 2020 decreased by 7%
INTERPIPE has improved its financial results for the 12 months 2019
INTERPIPE in 2019. increased sales of railway wheels by 8% and reduced the implementation of pipes
Interpipe has improved its financial results due to growth in demand for railway products
Add a comment
Сomments (0)
News Analytics
YUZHMASH expects the adoption of the new space program of Ukraine in the near22-01-2021, 15:18
Eleven miners still await rescue from exploded gold mine in China22-01-2021, 12:34
Rivne NPP shut down power unit No. 122-01-2021, 12:13
Russia will start producing "green" hydrogen22-01-2021, 10:47
High-speed railway launched in China Beijing-Harbin highway22-01-2021, 10:22
China will overtake the United States to become the world's largest economy in27-12-2020, 12:04
The shortage in the US steel market will last at least until the end of the25-12-2020, 11:36
Steel production in China to surpass one billion tons this year23-12-2020, 10:59
Iron ore prices hit seven-year high and continue to rise15-12-2020, 10:26
Prices for metallurgical raw materials continue to rise in regional markets10-12-2020, 11:32
Sign in with: