Metinvest will not announce plans to achieve carbon neutrality yet

Yuri Ryzhenkov, CEO of global steel group Metinvest, believes that the European Green Agreement is definitely a positive initiative, but at the same time highlights the problems and its impact on trade. 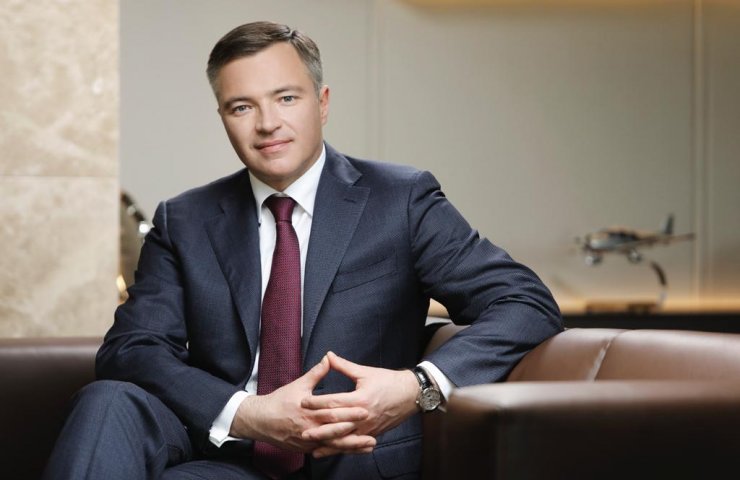 The ten-year "roadmap" of the mining and metallurgical holding Metinvest of Ukrainian businessmen Rinat Akhmetov and Vadim Novinsky to reduce CO 2 emissions is under development and it is too early to make statements on the timing of achieving carbon neutrality, the head company Yuri Ryzhenkov in interview The Brussels Times.

“Metinvest assumes responsibility for all the obligations it undertakes. All of our environmental claims are backed up by a step-by-step action plan that sets out how much we can reduce and at what cost. Metinvest's 10-year CO 2 roadmap is under development. As soon as we understand how we can become carbon-neutral, we will announce this, ”Ryzhenkov said.

He noted that in order to achieve zero carbon dioxide emissions by 2050, Ukraine and its enterprises will need huge financial assistance. However, unlike many EU companies that have received support from the European Commission to modernize and improve their environmental friendliness, Ukrainian companies are forced to finance their modernization projects on their own, since government assistance is not available.

“For the decarbonization of all of Europe, efforts will be required in each specific country, including Ukraine. At the same time, it is important to ensure that decarbonization does not lead to the de-industrialization of the EU and Ukraine in particular. In fact, imports from Ukraine are an important part of the rolling steel model, which brings significant benefits to the EU market. This makes it possible to adapt to market fluctuations, preserves numerous production facilities and creates thousands of jobs for EU steel workers. Thus, full integration of Ukraine into the EU steel supply chain will only make the EU market stronger and more resilient to external shocks, ”the head of Metinvest said.

Recall that, at the initiative of the European Commission, on July 23, 2020, a public discussion began on the proposed EU carbon border management mechanism (CBAM), which over time may become a new form of trade barrier. The European Commission is expected to formally submit relevant draft laws to Parliament and Council in 2021.

CBAM is part of the European Green Deal, which has now become the main driving force behind the EU's recovery plan in response to the COVID-19 pandemic and is in line with the EU's strategic industrial goal of “leveling the playing field” between companies in the EU and their competitors other countries.

The Ukrainian government recently announced its intention to engage with the European Commission on CBAM as part of the ongoing dialogue between the EU and Ukraine.

Recommended:
Ferrexpo reduces production of iron ore raw materials in the first quarter of 2021 by 12%
Energomashspetsstal completed half of the work on the manufacture of the reactor vessel shell of the Akkuyu NPP
Production of Russian road construction equipment in 2021 increased by 26%
On this topic
Metinvest intends to invest another $ 413 million in environmental projects in Ukraine
Metinvest, together with the Rinat Akhmetov and Vadim Novinskoy Foundations, donated 3,200 COVID-19
Metinvest in 2019 increased steel smelting by 3%
The steel market has bottomed out, said Metinvest CEO
Metinvest invests in environmental upgrades more than $ 400 million
Head of Zaporizhzhya CI: Zaporizhstal owners are terribly concerned about Shurma's departure
Add a comment
Сomments (0)
News Analytics
The capacity of the domestic steel market in Ukraine in January-March decreased19-04-2021, 10:33
In Russia, there is an exuberant demand for agricultural machinery19-04-2021, 10:24
Iran is satisfied with the reaction of the world community to 60% enrichment of18-04-2021, 13:24
Gas prices in Ukraine have reached a record value over the past two years -16-04-2021, 17:24
Ukrmetallurgprom asks the Antimonopoly Committee to allow Metinvest to bid for16-04-2021, 17:23
World Steel Association predicts a good year for metallurgists15-04-2021, 18:19
World Steel Association defines green steel and its variations12-04-2021, 13:14
China unlikely to cut steel capacity in 2021 due to high steel prices07-04-2021, 12:11
Scrap metal market at the beginning of April02-04-2021, 11:10
Rising Chinese Prices Fueled Rising Global Steel Prices - MEPS25-03-2021, 18:54
Sign in with: