In the overall structure of export earnings, metallurgical exports accounted for about 20% of all revenues. 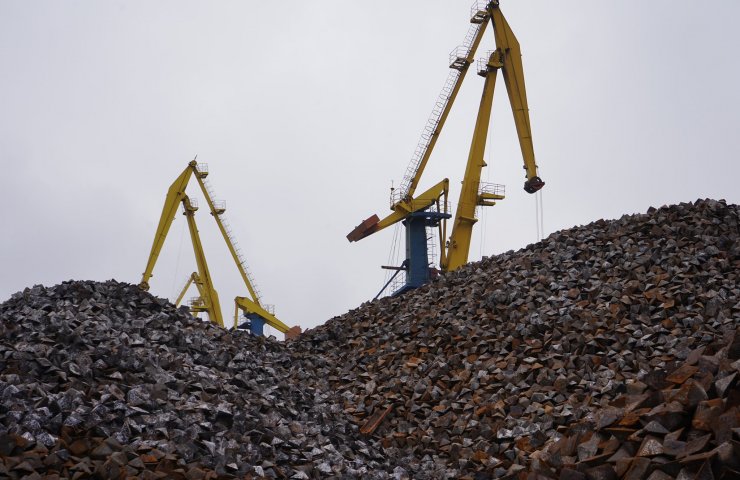 During January - March 2021, 4.92 million tons of ferrous metals were exported from Ukraine in the amount of 2.67 billion US dollars. Compared to the previous year, there is an increase in export deliveries in physical terms by 2.1%, in monetary terms - an increase in foreign exchange earnings by 29.8%. Exports of scrap metal quadrupled and amounted to 49.1 thousand tons, sales of pig iron increased by 8.9% to 713.7 thousand tons. At the same time, supplies abroad of semi-finished steel products (square billets, slabs, etc.) decreased by 1.8% - to 2 million 018.0 thousand tons.

Exports of iron ore raw materials from Ukraine in January-March 2021 amounted to 10.6 million tons, which is slightly less than the volume of external shipments for the same period of the previous year by 5.3%, when 11.2 million tons were exported.

The share of exports of ferrous metals in the structure of total receipts from exports to Ukraine of goods for three months amounted to 19.4% against 16.7% in January-March 2020.

Imports of ferrous metals to Ukraine during 3 months of 2021 decreased by 23.1% (to 207.4 thousand tons). Scrap metal imports amounted to 5.6 thousand tons, which is almost twice as much as in the previous year.

Recall that in March, for the first time in many years, the Mariupol port started shipping cast iron . The first batch of such cargo produced by the Ilyich Iron and Steel Works in the last decade was shipped to Turkish consumers.

Recommended:
Rinat Akhmetov's fortune during the pandemic grew 2.7 times from 2.8 to 7.6 billion dollars
The National Bank of Ukraine will sell 46 tons of scrap metal from obsolete coins
Mining companies around the world have puzzled charging stations for mining dump trucks
On this topic
Ferrous metallurgy enterprises provided 78% of the foreign exchange earnings of the Donetsk region
Ukrainian enterprises reduced the export of ferrous scrap in half
Ukraine in the first quarter increased export of semi-finished products from carbon steel by 12.3%
Ukraine increased export of semi-finished products from carbon steel by 3.7%
Ukraine has reduced exports of pig iron in real terms by 3.3%
The fall in steel prices has reduced the foreign currency proceeds to the budget of Ukraine
Add a comment
Сomments (0)
News Analytics
Volodymyr Zelenskyy signed a law to extend the export duty on ferrous scrap16-05-2021, 09:29
China's Tianwen 1 spacecraft successfully landed on Mars15-05-2021, 12:56
British law enforcement officials accused Liberty Steel and GFG Alliance of15-05-2021, 12:03
Chip shortage will cost the global auto industry $ 110 billion in revenue in14-05-2021, 12:15
Zaporizhzhya Dneprospetsstal expands international partnership14-05-2021, 11:17
The current state of the market is ideal for the sale of rolled steel - IREPAS04-05-2021, 18:41
Global hydrogen demand to grow 7-fold by 2070 - PwC21-04-2021, 12:31
World Steel Association predicts a good year for metallurgists15-04-2021, 18:19
World Steel Association defines green steel and its variations12-04-2021, 13:14
China unlikely to cut steel capacity in 2021 due to high steel prices07-04-2021, 12:11
Sign in with: