There is a significant increase in the production of new cars in Ukraine, with the exception of commercial vehicles. 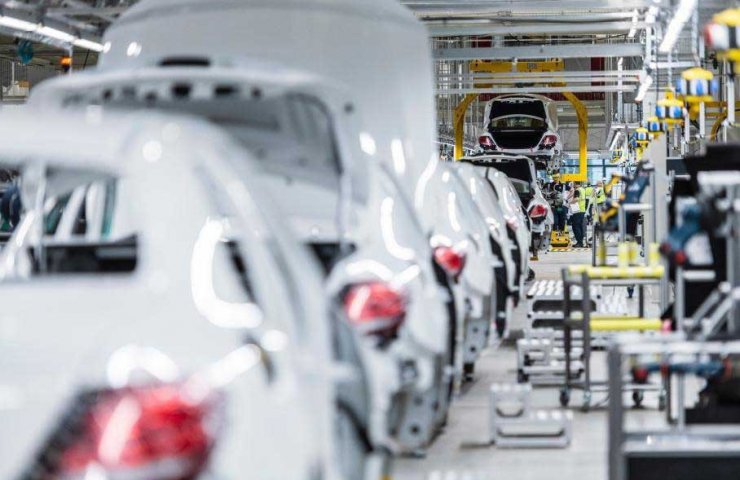 According to preliminary data, the volume of production of vehicles in Ukraine in May amounted to 1004 units, an increase in comparison with May last year by almost 8 times, and relative to the previous month by 4 percent.

944 units of passenger cars were manufactured in May, against 87 units a year earlier. Compared to April, this segment of the automotive industry grew by 4 percent.

Bus production ended the month with 53 units, which is almost double the last year. Compared to April this year, the production of buses decreased by 5 percent.

Финансовая аналитика, прогнозы цен на сталь, железную руду, уголь и другие сырьевые товары. More news and analytics on Metallurgprom telegram channel - subscribe to get up-to-date market information and price forecasts faster than others.
Сomments
Add a comment
Сomments (0)
On this topic
The auto industry rushed up: the production of vehicles in Ukraine increased 16 times in April
In may, Ukraine produced a total of 126 new cars
Metallurgical production of Donetsk region increased in January-April by 35%
Production of vehicles in Ukraine in June decreased by a quarter - Ukravtoprom
Is the German auto industry preparing for a collapse?
Industrial production of Donetsk region increased in the first half of 2021 by 7.5%
Recommended:
Metinvest enterprises in Ukraine resumed work after massive shelling of infrastructure
Ukraine delivered 86,000 tons of iron ore to Turkey in September - TUIK
Dneprovsky Metallurgical Plant received almost UAH 2 billion in net profit last year
News Analytics
Analysts predict 5% annual growth in the iron casting market through 203006-12-2022, 12:44
Oman to build a new steel plant worth $3 billion in 3 years06-12-2022, 12:14
Tesla's Shanghai gigafactory set a new record for electric vehicle shipments in05-12-2022, 15:24
Sanjeev Gupta may lose control of his steel plants in Belgium05-12-2022, 13:55
Steel demand and weather in Australia will affect coking coal prices05-12-2022, 13:16
Analysts predict 5% annual growth in the iron casting market through 203006-12-2022, 12:44
Commodity prices will fall, metals quotes will rise slightly - Focus Economics28-11-2022, 13:28
Platinum market to face shortage next year - WPIC22-11-2022, 18:25
Global steel demand falls and will fall by 2.3% in 2022: WorldSteel19-10-2022, 23:12
Iron ore prices fall to 11-month low15-10-2022, 10:36
Sign in with: