The chip shortage was originally seen in the automotive industry, but has now spread to a range of other consumer electronics, including smartphones, refrigerators, and microwaves. 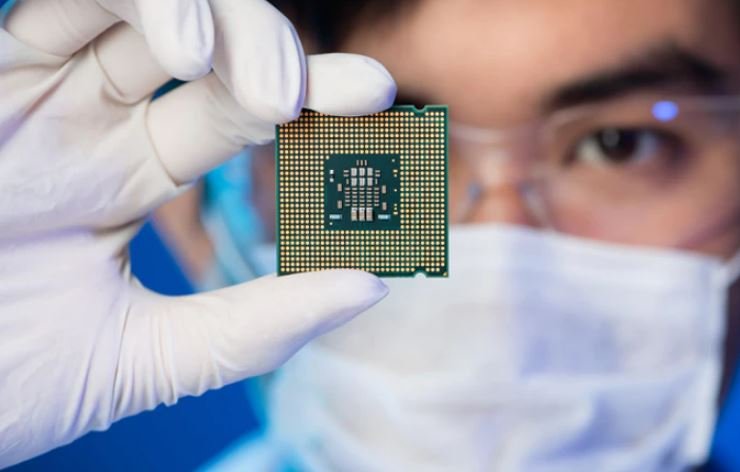 The global chip shortage for mid-range consumer products is starting to decrease and things will get much better in the second half of the year, ”said Acer Inc., the world's fifth largest personal computer supplier, Chief Executive Officer.

The scarcity of computer chips has already affected all industries, causing the greatest damage to automakers. While this shortage was originally concentrated in the automotive industry, it has now spread to consumer electronics manufacturers, including smartphones, refrigerators and microwaves.

Andrew Howe, Acer's President of Asia Pacific Operations, told reporters in Taipei that since the issue first became apparent in the fourth quarter of last year, the supply chain has “kicked in” as vendors worked to fix the situation. ...

The scarcity is being driven by a confluence of factors as automakers, which closed factories during the COVID-19 pandemic last year, compete with the sprawling consumer electronics industry for chip supplies.

During the pandemic, consumers stockpiled laptops, game consoles and other electronic goods, leading to a reduction in inventory. They also bought more vehicles than the industry expected last spring, making supplies even more difficult.

Hou said sales in his region, with the exception of China, are skyrocketing as companies and governments actively purchase laptop computers to help people learn and work from home.

Сomments
Add a comment
Сomments (0)
Partner news
Recommended:
Meta Company accused Facebook of trademark infringement
Insufficient purification of mine water was found at the Sukha Balka iron ore mines
Novokramatorsk Machine Building Plant produces two 15-ton shafts for General Electric
On this topic
Global auto industry to lose more than 2 million cars due to chip shortage - Oxford Economics
Emergency summit on chip shortage to be held in Washington - Biden administration
Rivian Automotive could propel Tesla into the electric vehicle industry
Tesla Model Y received one of the lowest ratings in the consumer rating
Volvo to offer customers a full range of electric trucks in 2021
Tesla releases "Long Range Plus" Model S with mileage without recharging 630 km
News Analytics
Elon Musk urges people to leave Binance, Coinbase and other cryptocurrency28-11-2021, 13:19
Ukraine's population is declining at one of the fastest growing rates in the28-11-2021, 13:09
Spain refuses to build uranium plant28-11-2021, 13:19
Elon Musk turned out to be from subsidies for Tesla plant in Germany27-11-2021, 11:33
State Service of Geology and Mineral Resources of Ukraine has updated data for27-11-2021, 11:40
What unites Ilona Mask and other richest people in the world31-10-2021, 12:28
Moldavian Gordian knot - big politics28-10-2021, 11:03
Elon Musk's equity capital is approaching the $ 300 billion mark27-10-2021, 13:26
Hopes are dying to end the world's dependence on coal25-10-2021, 16:54
Will the rise in steel prices limit metallurgical production?25-10-2021, 11:44
Sign in with: