The billion-dollar investment will help Bosch overcome the bottleneck in the automotive industry. 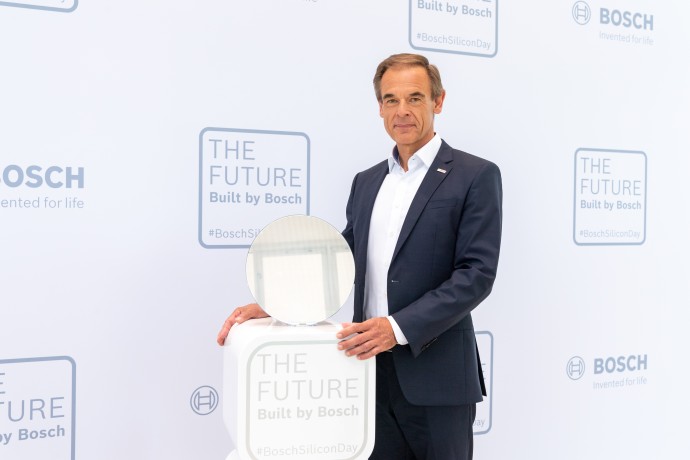 The new Bosch chip factory, which opened on Monday with the virtual participation of German Chancellor Angela Merkel and EU Commissioner Margret Vestager, will release the first chips in July. “We are picking up speed and starting production six months ahead of schedule,” said Bosch CEO Volkmar Denner in Dresden. Automotive chips production will begin in September - then another three months earlier than originally planned.

Without government funding of € 200 million under EU procurement directives, the plant would probably never have come into existence. “Semiconductors will help strengthen the competitiveness of Europe as a cradle for cutting-edge innovation,” said Vice President Vestager at the opening of the plant. Dresden shows “what excellent results can be achieved by combining the efforts of industry and government.”

This is a huge business: Bosch estimates that the semiconductor market will grow by eleven percent this year alone to exceed 400 billion euros. In 1998, the cost of microelectronics installed in a new car was 120 euros. In 2018, this cost was already 500 euros, and according to the calculations of the industry association ZVEI, it is expected to exceed 600 euros in 2023.

Earlier today it was reported that according to forecasts of the leading Singapore technology company Flex, the shortage of chips in the global market will last at least until mid-2022, and for some items the deficit will remain until the end of 2023. The shortage in the global market for semiconductor chips for electronics, including computers, was caused by a sharp demand for them during the pandemic - people were forced to work from home, and the industry adapted to their needs. The sanctions imposed by the United States against Chinese technology companies, due to which China reduced imports of semiconductors, also played a role.

The chip shortage is forcing auto companies to cut production and lay off staff, and will cost the auto industry 110 billion in lost profits, consultancy AlixPartners said in mid-May.