The claim to the Hamburg Administrative Court is directed against the continuation of the construction work of Nord Stream 2, especially during the recreation of migratory birds on the water. 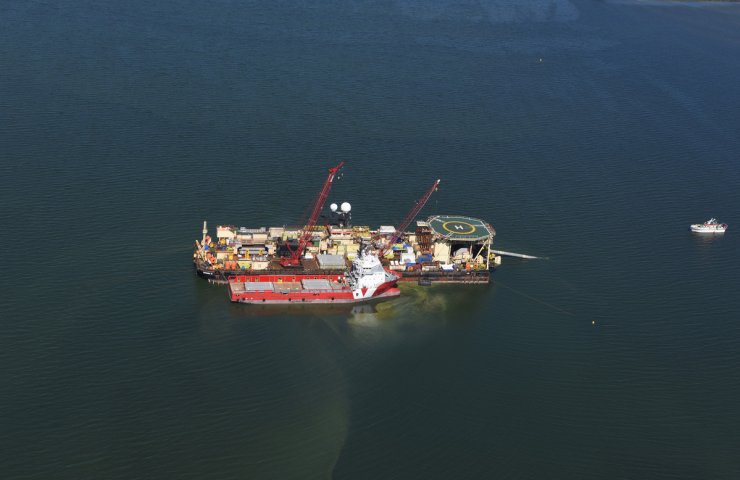 The German environmental organization Deutsche Umwelthilfe demands from the Hamburg court to cancel the decision of the regulator, which previously issued a permit for the construction of Nord Stream 2 in the waters of Germany. This is stated in press release that this organization circulated on Tuesday.

"Deutsche Umwelthilfe filed a lawsuit today against the accelerated construction of Nord Stream 2. A lawsuit filed with the Hamburg Administrative Court is directed against a construction permit that was previously issued by the Federal Maritime and Hydrographic Agency," the statement said. p>

Initially, the regulator issued a permit on January 14, 2021. Environmentalists challenged it a day later. The Federal Office for Shipping and Hydrography rejected the protest on 1 April. Now the environmental organization is seeking a ban on construction through the courts, considering the permit issued at the beginning of the year to be unlawful.

The Nord Stream 2 project involves the construction of two lines of a gas pipeline with a total capacity of 55 billion cubic meters per year from the Russian coast through the Baltic Sea to Germany. The work was suspended in December 2019 after the Swiss company Allseas refused to lay the pipes due to possible sanctions from the United States. Construction resumed in December 2020 and is 96% complete today.

Recommended:
Start-up and commissioning works at SlavTES will start on April 9
DTEK Oil & Gas drills a new high-rate well using 3D modeling
Gas prices in Ukraine have reached a record value over the past two years - 9000 UAH /thousand cubic meters
On this topic
Ukrainian buyers of Chinese steel won arbitration in Suzhou and thank the court for impartiality
Germany suspended construction permit for Nord Stream 2
Germany gave permission for the completion of Nord Stream 2 in January - May 2021
Nord Stream 2 will complete construction of the Russian ship Akademik Chersky - German regulator
A new lawsuit for "Gazprom": what does "Naftogaz" in the Stockholm arbitration?
Denmark gave the green light to Nord stream-2
Add a comment
Сomments (0)
News Analytics
Dneprotyazhmash manufactures technological equipment for DMK07-05-2021, 10:07
The National Bank of Ukraine will sell 46 tons of scrap metal from obsolete07-05-2021, 10:10
Dnieper Metallurgical Plant DCH Steel in April reduced steel production by 2.8%07-05-2021, 09:18
Revised draft law on support of the extractive industry of Ukraine sent to07-05-2021, 09:41
Global auto industry to lose more than 2 million cars due to chip shortage -06-05-2021, 21:26
The current state of the market is ideal for the sale of rolled steel - IREPAS04-05-2021, 18:41
Global hydrogen demand to grow 7-fold by 2070 - PwC21-04-2021, 12:31
World Steel Association predicts a good year for metallurgists15-04-2021, 18:19
World Steel Association defines green steel and its variations12-04-2021, 13:14
China unlikely to cut steel capacity in 2021 due to high steel prices07-04-2021, 12:11
Sign in with: