All declared needs of Ukrainian metallurgists for scrap metal during January - September 2021 were fully met, exceeding the plan by 3.1%. 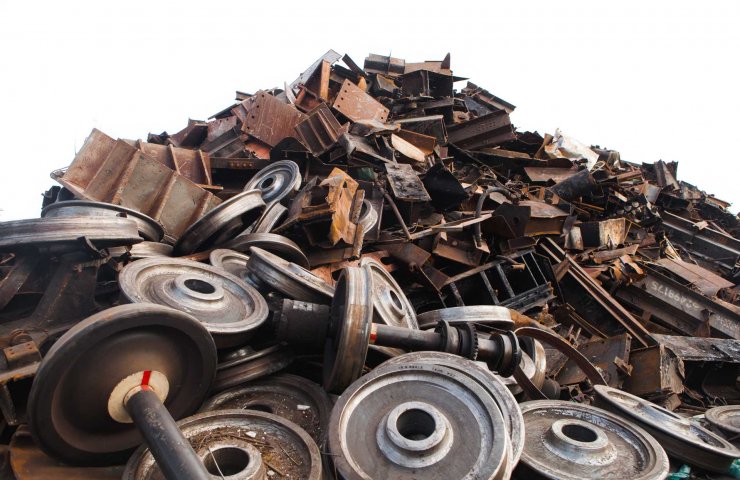 For 9 months of 2021, the volume of procurement of scrap metal in Ukraine increased by 43.1% compared to the same period last year, to 3.13 million tons. Such a rapid growth in procurement was due to the balance of the market due to the favorable price situation, as well as some activation on the part of exporters.

As noted in the non-profit association UAVtormet, the declared needs of Ukrainian metallurgists in scrap metal during the reporting period were fully met, with an excess of 3.1%. “Thus, the deficit of scrap metal on the Ukrainian market is not confirmed,” the Association of Ukrainian Scrap Companies reported.

Technological stocks of scrap metal at enterprises have also increased and are estimated at no less than 120.0-125.0 thousand tons.

Exports of scrap metal in January-September 2021 amounted to 455.4 thousand tons, which is almost twenty times more compared to the same period last year, when only 25.6 thousand tons were exported. The growth in exports is due to the favorable situation in foreign markets, as well as a surplus of scrap metal in the domestic market.

Recall that the Ukrainian government intends to completely ban the export of scrap metal until December 2022. The corresponding bill has already been published for public comment. However, Ukraine's initiative may be of interest not only to the country's public, but also to officials of the European Union, who expressed their outrage at the latest increase in export duties on the export of scrap from the country.

In the framework of the Memorandum of Understanding signed with the EU on macro-financial assistance dated May 22, 2015, Ukraine committed itself to refrain from introducing new trade restrictions or trade distorting measures in accordance with its obligations under the WTO. Restrictions on the export of scrap metal, according to EU officials, is an inappropriate way to solve the problems of the competitiveness of the Ukrainian metallurgical industry.

Финансовая аналитика, прогнозы цен на сталь, железную руду, уголь и другие сырьевые товары. More news and analytics on Metallurgprom telegram channel - subscribe to get up-to-date market information and price forecasts faster than others.
Сomments
Add a comment
Сomments (0)
On this topic
Mechanical engineering remains the locomotive of industrial production growth in the Donetsk region
Industrial production of Donetsk region increased in the first half of 2021 by 7.5%
Steel production in September 2020
Scrap metal collection in Ukraine in the first half of the year increased by almost one and a half
World steel production in September fell by 0.3%
Scrap metal collection in Ukraine for 5 months of 2021 increased by 35%
Recommended:
Indian auto industry set to post double-digit growth this year - Tata Motors
Hydrogen to be 'key element' of future EU economy - EU climate chief
The largest producer of titanium raw materials in Ukraine OGCC will sell electricity
News Analytics
The largest producer of titanium raw materials in Ukraine OGCC will sell25-05-2022, 20:48
Glencore accused of bribery in London pleads guilty in the US25-05-2022, 10:44
Swiss oil and gas equipment manufacturer Sulzer leaves Russia24-05-2022, 13:08
BIR: European Commission's decision on scrap metal will be the most tragic24-05-2022, 11:41
Rejection of Russian palladium destroys markets24-05-2022, 11:41
US steel market sentiment becomes more price neutral05-05-2022, 10:15
The global high-strength steel market will grow steadily by 5% annually for the04-05-2022, 08:45
China steel inventories hit 13-month high amid COVID-19 outbreak30-04-2022, 16:38
Slowdown in global auto sector affects steel prices27-04-2022, 12:36
World alumina production reaches a record 138 million tons21-04-2022, 09:54
Sign in with: