Chisinau received gas thanks to Poland and Ukraine 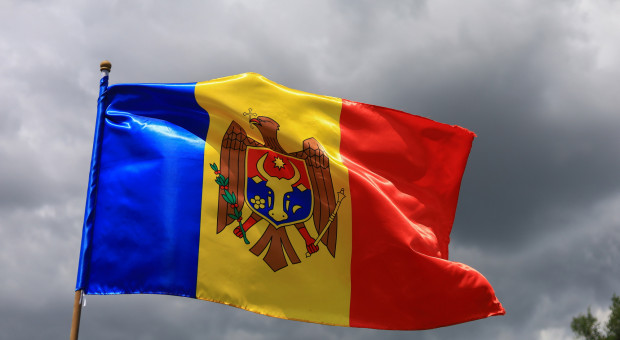 On the eve of winter, Moscow is increasingly using gas as an instrument of pressure in international politics. Another victim of this policy is Moldova, which had to declare a state of emergency in the face of a gas crisis as the government’s negotiations on a long-term gas contract with its traditional supplier, Russia, reached an impasse.

Chisinau decided to buy gas from Poland. The contract signed with PGNiG is the first gas supply in the history of Moldova from a source alternative to Russia. Against the backdrop of gas maneuvers, great politics and big money are at work.

“A contract for a trial purchase of one million cubic meters of natural gas has been signed between the state-owned company Energocom and the Polish company PGNiG. This is the first supply from alternative sources in the history of Moldova, ”the Moldovan government said in a statement. On October 26, a trial purchase was carried out with the aim of examining the possibility of importing gas from alternative sources and balancing the low pressure in the natural gas supply system.

Gas will be delivered through a reception point on the Moldovan-Ukrainian border. In the implementation of the contract, PST will cooperate with ERU Group, which is the leading partner of PGNiG in Ukraine.

In addition, Romania is ready to supply gas to Moldova via the Iasi-Ungheni-Chisinau pipeline, which was launched only this month. This was confirmed on Monday by a representative of the Romanian Transgaz, the operator of the local gas transmission network.

Финансовая аналитика, прогнозы цен на сталь, железную руду, уголь и другие сырьевые товары. More news and analytics on Metallurgprom telegram channel - subscribe to get up-to-date market information and price forecasts faster than others.
Сomments
Add a comment
Сomments (0)
On this topic
Who will freeze first, if Ukraine will stop the transit of Russian gas?
Moldova prepares to stop gas transit through Ukraine
Gas as a weapon of Russia's hybrid war: how to deal with it?
Ukrainian hydrogen for Europe: an image of the future or a soap bubble?
Yuzhmash told whether it is possible to launch reusable rockets from the Black Sea
How the reform of the electricity market in Ukraine can lead to a collapse and what to do about it
Recommended:
Azovstal is not planned to be restored, and Mariupol will become a resort town - the head of the DPR
Grain harvest in Ukraine in 2022 will be reduced by 34% - forecast from Alfa-Bank Ukraine
Eurozone Industrial Producer Prices Up 5.3% In March
News Analytics
The largest producer of titanium raw materials in Ukraine OGCC will sell25-05-2022, 20:48
Glencore accused of bribery in London pleads guilty in the US25-05-2022, 10:44
Swiss oil and gas equipment manufacturer Sulzer leaves Russia24-05-2022, 13:08
BIR: European Commission's decision on scrap metal will be the most tragic24-05-2022, 11:41
Rejection of Russian palladium destroys markets24-05-2022, 11:41
US steel market sentiment becomes more price neutral05-05-2022, 10:15
The global high-strength steel market will grow steadily by 5% annually for the04-05-2022, 08:45
China steel inventories hit 13-month high amid COVID-19 outbreak30-04-2022, 16:38
Slowdown in global auto sector affects steel prices27-04-2022, 12:36
World alumina production reaches a record 138 million tons21-04-2022, 09:54
Sign in with: