By 2030, demand for lithium-ion minerals will grow five times 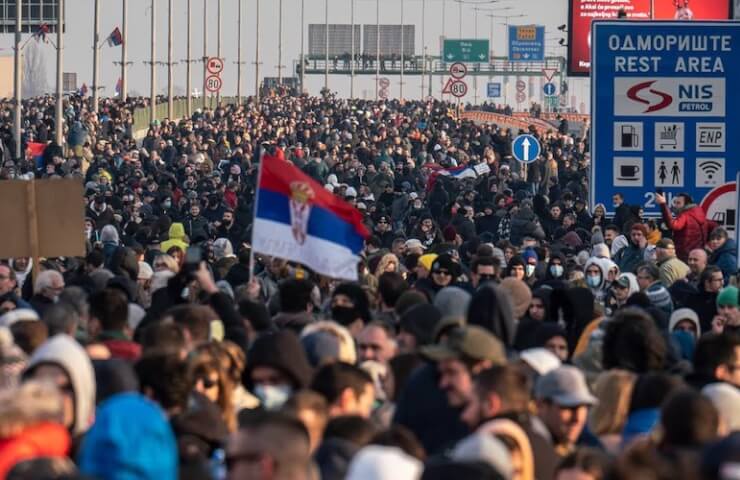 This year, prices for lithium, the mainstay of electric vehicle batteries, hit record highs, fueling fears that there won't be enough metal to power the switch from combustion engines. In such conditions, now is the best time to build new mines.

The Rio Tinto group of companies finds out that there is serious resistance. Within months of unveiling plans for a $ 2.4 billion mine in western Serbia, local opponents orchestrated a movement that shook the government and brought cities to a standstill as thousands of protesters march through the streets. Authorities subsequently suspended the land-use plan for the proposed mine, although they did not reject the project entirely.

“The entire Jadar project is just another way for multinational companies, with the help of our state, to profit and harm the people of Serbia,” said Slavisha Miletic, an activist who lives near the planned mine.

The opposition Rio is facing is replicated across the globe, and industry leaders see this as their biggest challenge for the future. Southern Copper Corp. struggling to secure government support for the controversial $ 1.4 billion project in Peru, and Lithium Americas Corp. appeared before a US federal court over a planned Nevada field.

Historically, the mining industry has offered jobs and economic development to typically impoverished areas with taxation and deductions to replenish government coffers. But too often, people living nearby have paid the price for environmental degradation and accidental disasters.

This is changing. Locals resist, deciding that the economic benefits do not outweigh the costs of their quality of life. Governments are also increasingly unwilling or unable to ignore these concerns.

“It's harder to build a mine today than ever before,” said Ben Davis, an analyst at mining company Liberum. “It is much easier to organize opposition, often in rural and isolated communities.”

To appease critics, the Serbian government proposed a referendum on the mine, but that in itself sparked controversy as the opposition said recent legislative changes tipped the balance in favor of the government and Rio.

The protesters also detonated an attempt to expedite the change of ownership of both public and private projects. Indignation prompted President Aleksandar Vucic to send the proposal back to parliament for revision.

“Environmental issues have long been ignored in Serbia because the economy and living standards have dominated for years,” said Bojan Klacar, director of the Belgrade-based Center for Free Elections and Democracy (CESID). "Priorities have changed."

Several thousand Serbs protested during the fourth weekend in several cities, demanding an unconditional ban on the exploration and production of lithium by any company, not just Rio Tinto. At the largest rally in the capital, Belgrade, activists promised to intensify their protests if their demands are not met by next month.

When Rio, the world's second largest mining company, announced the project in July, it looked like a major blow to new CEO Jacob Stausholm.

Lithium is a promising commodity critical to global decarbonization. Major car makers from Tesla Inc. to Volkswagen AG and Toyota Motor Corp. need an ever-increasing supply of battery materials to accelerate the production of electric vehicles, with BloombergNEF expecting demand for lithium-ion minerals to grow fivefold by 2030.