Ukrzaliznytsia plans to purchase in 2020 of 26 new passenger cars

the Company has signed the contract with PJSC "Kryukovsky railway car building works" for the supply of 26 passenger cars in 2020, with the requirement of localization of production and equipment not less than 70%. 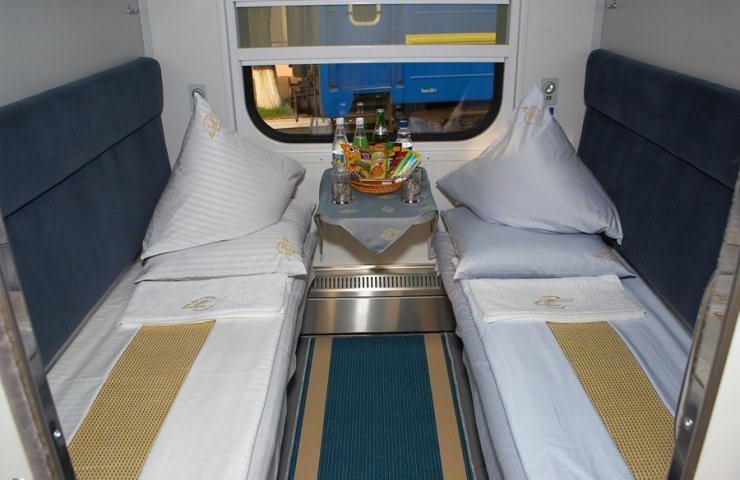 Ukrzaliznytsia will purchase in 2020 of 26 new passenger cars from PJSC "Kryukovsky car-building plant", reported the press service of the railway company.

new cars will use modern materials and significantly increased the level of comfort, said Ukrzaliznytsia.

At the request of the company, localization in Ukraine must be not less than 70% of the equipment of the car, including air conditioning and vacuum toilets (those that were used previously were of foreign manufacture).

For the convenience of passengers, outlet provided at the upper shelves, increased the number of outlets in the aisles. Besides, in every compartment open the window, and the water for tea is heated regardless of the movement of the train and is hot when boarding passengers. New cars will be included in the trains.

in addition to the purchase of new Railways also updates the fleet of passenger carriages due to the overhaul reconditioning (KVR), which significantly extends their lifetime. So, last year, the company updated 29 cars: their life extended by 14 years. The total investment in CWR in 2019 exceeded 340 million.

of the cars that passed KVR, last year formed the midnight Express "Kyiv - Mariupol," new train "Kyiv - Chernivtsi", the second part of the train "Kiev - Zaporozhye - Kiev", the new composition of the train "Kiev - Lisichansk", which allowed to increase the frequency of its operation.

Purchase of passenger cars at the expense of the company. Ukrzaliznytsia does not receive funding from the state budget for the upgrade of passenger rolling stock as provided by law. The results 2019 the losses in the passenger sector (only long-distance and suburban train messages) can exceed 12 billion hryvnia.

passenger car compartment type produced by PJSC "Kryukovsky car-building plant" designed to transport 40 passengers with a speed up to 160 km / h and can be operated both at electrified and non-electrified Railways. The car is equipped with climate control, two vacuum toilets closed.

Also in the car, improved the heating system in automatic mode, extra filters in heating system and water supply. Installed a more powerful electric converters for uninterrupted operation of the microwave oven, and energy-efficient lighting.

Recommended:
Energomashspetsstal received blanks for the third power unit of the Akkuyu NPP
The third diesel train of the DPKr-3 series produced by KVSZ went for testing
The share of "green" energy in Ukrainian generation already exceeds the share of thermal power plants - Ministry of Energy
On this topic
Railways in 2020 will buy the 40 locomotives General Electric
New diesel train of Ukrainian production drove through the gates kvsz
Kryukovsky railway car building works connected Union bosses to fight for government contracts
Ukrzaliznytsia in the next year will build eurokolia in Western Ukraine
Top Manager kvsz called calls privacy office minifrastruktury to Hyundai "unpatriotic"
Ukrzaliznytsia puts 100% of all orders of services in freight transport in ProZorro
Add a comment
Сomments (0)
News Analytics
Metinvest's Italian contractors reveal details of the investment project in16-06-2021, 23:01
Energoatom approved Electrotyazhmash as a supplier of turbine generators for16-06-2021, 14:57
Representatives of Ukraine and Germany discussed the prospects for cooperation16-06-2021, 10:49
Vestas and DTEK RES signed an agreement for the supply of wind turbines for the16-06-2021, 10:45
SSAB agrees with Volvo to supply and refine HYBRIT decarbonized steel16-06-2021, 10:40
Vaccinations fuel demand for platinum - World Platinum Investment Council08-06-2021, 12:55
Sharp price growth continues in the rolled metal market - Ukrpromvneshexpertiza08-06-2021, 11:04
Analysts note overheating of the global scrap metal market01-06-2021, 13:28
Hydrogen-fueled steelmaking could be competitive after 2050 - McKinsey19-05-2021, 14:22
Steel raw material prices are skyrocketing across the board18-05-2021, 12:34
Sign in with: