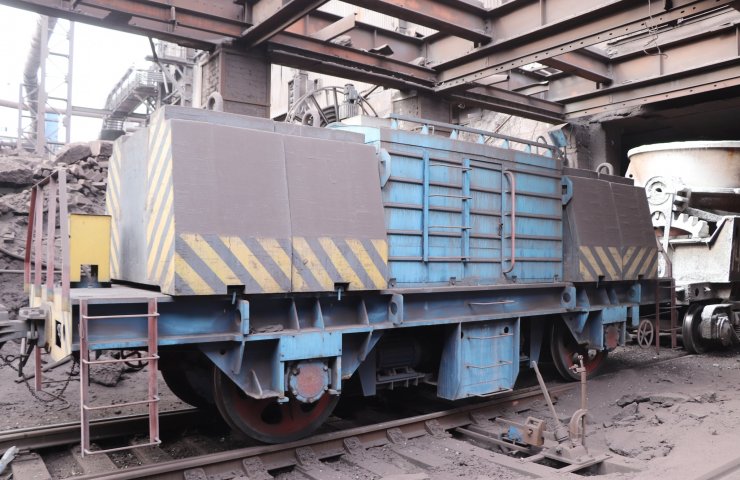 According to the investment program for 2021, the Dnieper Metallurgical Plant (DMK, Kamenskoe, Dnipropetrovsk region) purchased TM-16-40 car pushers for moving the DP-1M cast iron carriers. At the same time, the previously purchased slag kiln pusher was successfully put into operation. The new equipment was designed at PJSC "Dneprotyazhmash".

Previously, the movement of slag carriers and cast iron carriers of blast furnace No. 1M was carried out by diesel locomotives. Now, with the purchase of new equipment, the need for this has disappeared.

“Given the continuity and high workload of production, there were not enough diesel locomotives to service the DP-1M. Therefore, it became necessary to replace them with more convenient equipment in operation. In addition, with the new acquisition, we can save on diesel fuel, since the car pushers are powered by electric current and have low energy consumption, and are also easy to operate and more maneuverable, ”commented Pavel Makhovsky, head of projects and programs of the blast-furnace shop of the DMK, on ​​the acquisition.

Car pushers at the slag section DP-1M are already successfully operating, moving carts with liquid slag when releasing smelting products. In July, it is planned to start operation of the carriage pusher for the transportation of cast iron carriers.

Public Joint Stock Company "Dneprovsky Metallurgical Plant" is one of the largest enterprises of the mining and metallurgical complex of Ukraine with a 132-year history of outstanding achievements. PJSC "DMK" is one of the six leading metallurgical plants in the country in terms of production and sales of metal products.