What you need to know about green, gray, blue and turquoise hydrogen

Green hydrogen is considered to be the standard of environmental friendliness, in which renewable energy sources such as wind or sun are used for its production. 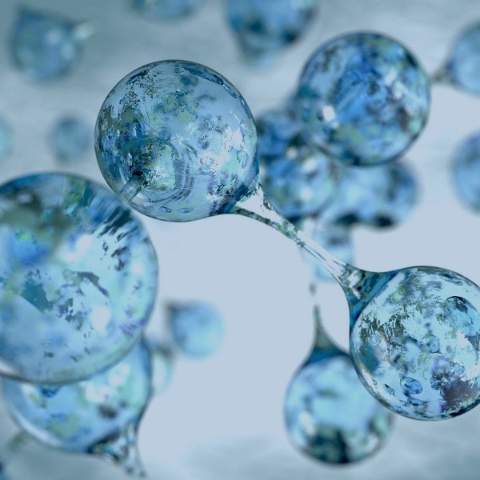 Hydrogen is divided into several categories, indicated by color, indicating the process of its production and the degree of impact on the environment.

Here are the details on green, gray, blue and turquoise hydrogen:

Derived from renewable sources, which may include offshore wind-driven floating electrolysis plants.

Green hydrogen can be stored, piped, or transported by tanker to consumers, for example, to service hydrogen filling stations.

Hydrogen can also be converted to synthetic methane of the same quality as natural gas, but this process is in its infancy.

Using steam methane reforming, which is now the industry standard process, it involves the extraction of hydrogen from fossil fuels such as coal or gas to release carbon monoxide and carbon dioxide.

Blue hydrogen is gray hydrogen, but it captures 2 CO emissions for placement in underground or underwater storage facilities. Some environmentalists oppose this option, seen as a transitional approach, while green hydrogen cannot fully meet demand.

Also called low carbon hydrogen and still very small scale, it is hydrogen generated from natural gas but using pyrolysis, where the gas is passed through molten metal, forming solid carbon as a byproduct with useful uses.

Recommended:
One of the leading mining enterprises in Ukraine announced the blocking of work
Goldman Sachs no longer views China as the center of commodity pricing
Russia will not restrict the export of metal products due to high competition in the world market
On this topic
Natural gas in metallurgy: from ore and coke to rolled steel
Steel suit: from knightly armor to smart workwear
Yuzhmash told whether it is possible to launch reusable rockets from the Black Sea
How the reform of the electricity market in Ukraine can lead to a collapse and what to do about it
What do steel, cement and livestock have in common?
Steel Musel is crucial in the production of champagne
Add a comment
Сomments (0)
News Analytics
China's Machinery Sector Operating Income Increases 43 Percent13-06-2021, 11:28
Rescuers continue to search for 13 missing iron ore miners in North China12-06-2021, 15:39
European Union extends protective quotas on steel supplies for another three12-06-2021, 11:31
Metallurgical plants in the temporarily occupied territory of Donbass appointed12-06-2021, 10:59
JSC "Turboatom" was visited by representatives of CJSC "Novokramatorsk Machine12-06-2021, 10:43
Vaccinations fuel demand for platinum - World Platinum Investment Council08-06-2021, 12:55
Sharp price growth continues in the rolled metal market - Ukrpromvneshexpertiza08-06-2021, 11:04
Analysts note overheating of the global scrap metal market01-06-2021, 13:28
Hydrogen-fueled steelmaking could be competitive after 2050 - McKinsey19-05-2021, 14:22
Steel raw material prices are skyrocketing across the board18-05-2021, 12:34
Sign in with: